I was unfortunate enough to require services of employment lawyers in Sydney during my recent tenure with one of the multinational companies. As it stands in Australia although there are so called National Employment Standards, unless you are part of the union you really do not get any legal help unless you employ workplace specialist lawyers.

It all started innocent enough when I raised a question of my employment contract as the duties and more important, hours I was being asked to do were not part of my contract. I did my due diligence by doing as much research on the net as possible to try and find out by myself if my employer is asking me to do onerous or even tasks and hours that are against the law. Sure enough after visiting pretty much the 2 most important web pages on the subject of industrial relations and employment law, it began to be clear to me that the company has no legs to stand on and that essentially I was in the right.

I also ran my situation past a few of my friends and family and all of them said that what they were asking me to do did sound illegal to them as well. The main issue was that they were asking me to be available for customer calls, 24×7 without having any down time – there was no roster in place among about 5 account managers. So everybody, not just me, had to be on-shift all the time for their assigned accounts. Beside being outright stupid, it happened to be against Australian employment law. While others decided to grin and bear it and many left, I stuck to my guns and was determined to offer a solution first and help the company implement a better system. How did that go for me?

First I brought it up with my manager and he said that we all agreed to stick to those 24×7 duties even after I showed him my contract that clearly had listed ‘standard hours of employment’ as 38. He did agree that I would try to come up with a roster system which I did within few days. It only took me few days as it was a no-brainer easy no fuss approach. We would have a different account manager be available for calls outside of business hours. To my surprise and I now know that my rotating roster proposal was meant to fail. 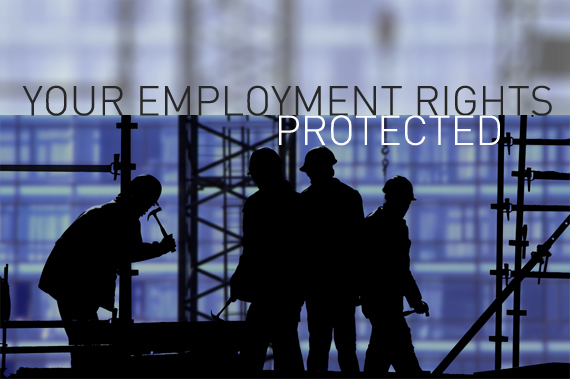 Then I though, fair enough – I will have a constructive chat with human resources department so I made an appointment with a HR lady. During our initial conversation she was little surprised that this was the case for my support service delivery department. She promised to look into it and also have a chat to my manager. Later that week she messaged me advising that they were going to run this matter past company’s legal and get back to me within 3 weeks.

Exactly 3 weeks minus 1 day later, she invited me for another chat where now there was her HR manager present as well. Did they change the tune or what. They basically informed me that my working hours and conditions were in line with my contract of employment and there was nothing they could do to help me – they informed me that this came from company’s legal employment department.

At this point any ONE employee would feel singled out and isolated. This was the time I decided to check with the Government employment agency by looking at their website and also putting the call in just to to double check. The Fair Work Australia website had a very clear guideline I’d already mentioned called National Employment Standards that outlined 10 minimum worker benefits that every employer can either match or better. Here is the link to that article here. Great article well worth reading if you have doubt about your employment conditions, pay, hours.

The company gave me no choice at this point but to get legal representation in a form of employment solicitors so surprisingly enough after doing my internet research I found McArdle Legal http://www.mcardlelegal.com.au/ via the good old fashioned phone book. What I liked about this employment law firm is that they were based in Sydney CBD and they specialise in employment law only. Things happened very quickly from here on.

All the email communication and my employment contract clearly sating that company was over-steping the boundary did nothing UNTIL my solicitors got in touch with the HR and the CEO office!! Received a call from McArdle within an hour asking me to think about what settlement I would be happy with – incredible stuff! That same morning I was all wrong and then few hours later I happened to be correct all along about my employment contract and conditions. It goes to show that my word is just not as strong as employment layers is!